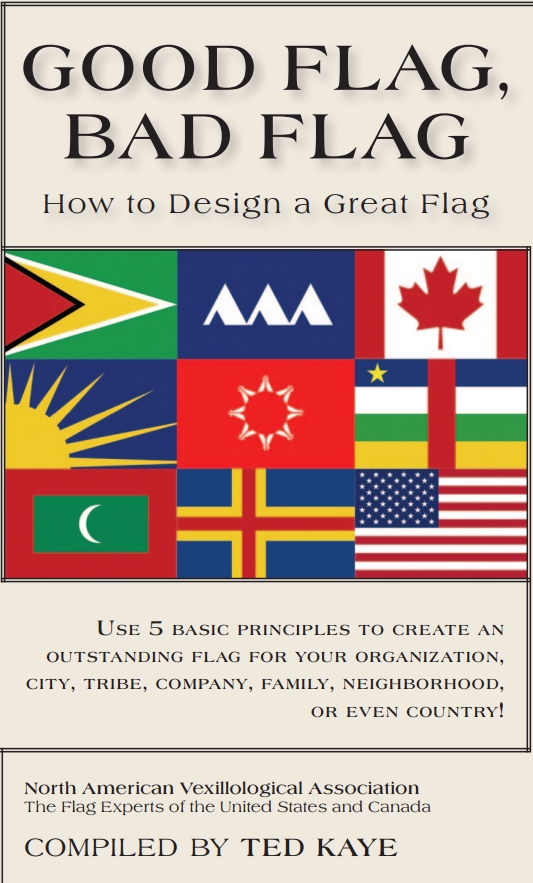 In a handy image: 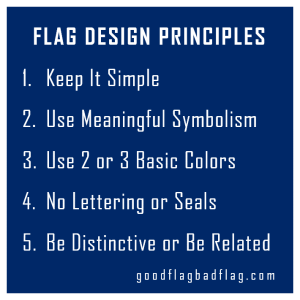 Click on the cover images below for PDFs of the 14-page booklet, with explanations and examples, in the language of your choice.  Keep scrolling down for other flag design resources.

The project to improve the city flag of Lowell, Massachusetts has put together this handy one-page worksheet that could be modified for use in other such projects. 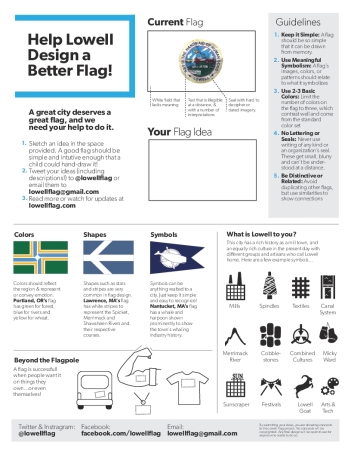 Red Peak (aotearoaflag.tumblr.com) is example of an effective social media campaign for flag adoption. Though the design ultimately lost in the popular vote for a potential successor to the current flag of New Zealand, online organizing around the simple design and the vision behind it, nicely documented by the Tumblr site, convinced the national government to add “Red Peak” to the ballot as a fifth option, even after the four official finalists had been announced.

Here are some other resources that may be helpful, though they are more complicated than the five simple rules of Good Flag, Bad Flag: