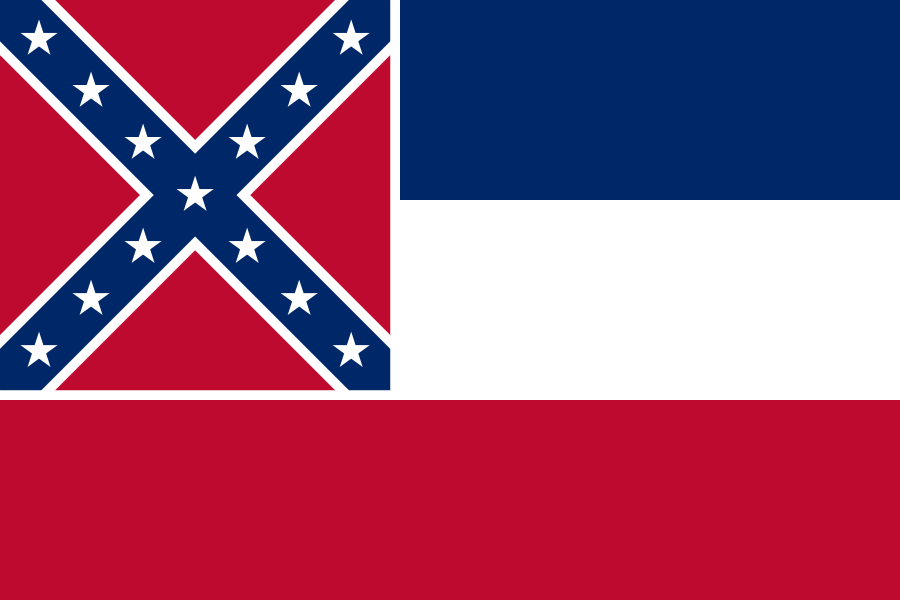 Pressure to change the state flag  of Mississippi continues, from  inside and outside the state.

Multiple independent efforts proceed within Mississippi.  The most prominent, the proposal by Laurin Stennis, has the support of the largest flag retailer in Jackson and the “Stennis Flag Flyers” group.  Design student Chase Quarterman explored “The Mississippi Identity” in the debut issue of NAVA’s revamped quarterly, Vexillum (March 2018) and is proposing his “Mighty Magnolia” flag.  Other NAVA members are working to guide state policy.  And Judge Carlos Moore made national news in 2017 when he removed the flag from his Clarksdale, Mississippi, courtroom (see Vexillum #2).

Stennis, Moore, and NAVA vexillologist Jack Lowe are featured in this short documentary from HuffPost | Between The Lines.

Other states have taken different approaches to the issue.

In Juneau, Alaska, the site of a 50-state flag display has replaced the Mississippi flag with the supposed 1861 Magnolia Flag, which Jackson vexillologist Clay Moss (disputing Whitney Smith) describes as the “flag that never existed”.

Here in Oregon, the state legislature has removed the Mississippi flag from the 50-state flag display on the capitol grounds in Salem, leaving a bare pole.