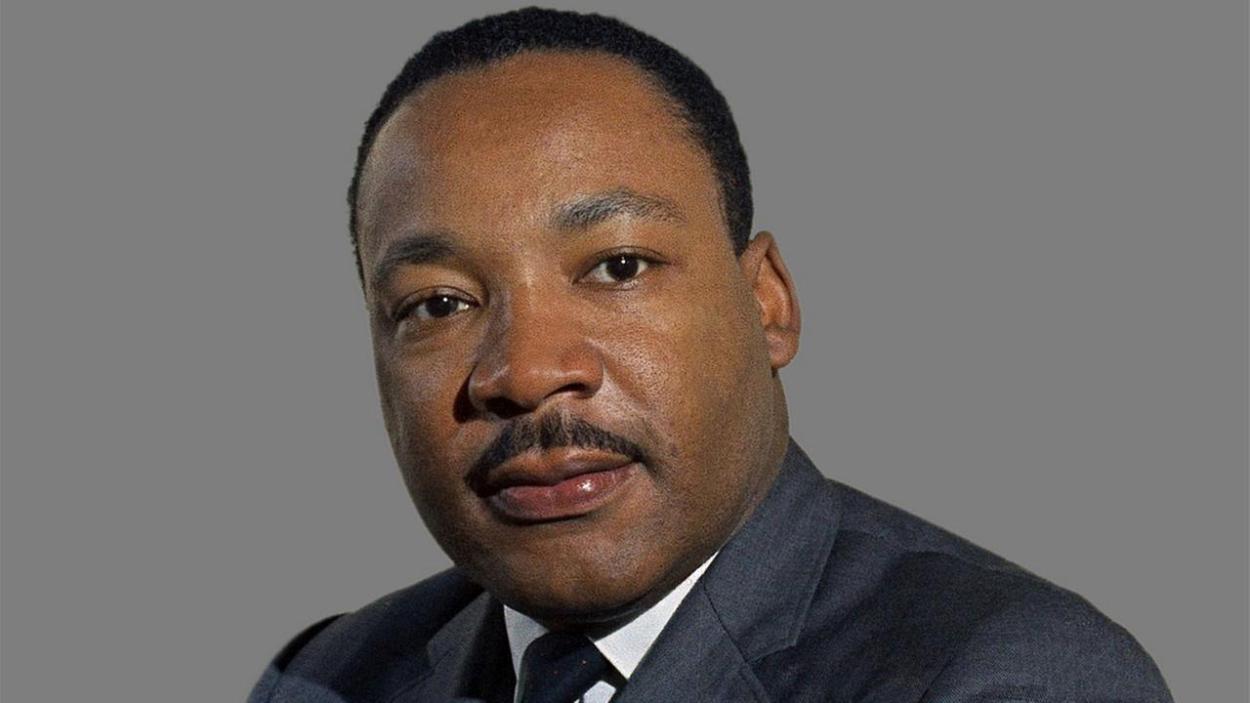 Washington state’s most populous county, King, also uses a flag with a face on it: a stylized portrait of the Rev. Martin Luther King, Jr.

The flag was adopted in 2009 after over 20 years of efforts, lead by African American politicians and civil rights activists Ron Sims and Larry Gossett, to re-affiliate King County with Rev. King rather than its original namesake, US Vice President William Rufus Devane King.

1852: The Oregon Territorial legislature creates King County, naming it after Buchanan’s VP who had just been elected. King was a wealthy plantation owner from North Carolina who owned over 500 slaves in Alabama. A follower of Andrew Jackson, he was one of Alabama’s first US senators upon that state’s admission to the union in 1819. He served as VP for only 45 days in 1853 until he succumbed to tuberculosis.

1985: Ron Sims is elected the first African American county councilor in Washington, to the King County Council. Sims promotes the idea of prominent political journalist Shelby Scates to “rename” the county to honor MLK. With support from Republican ally Bruce Laing he leads a successful effort in 1986 to adopt a motion to this effect, stating that MLK much better represents the ideals to which current residents aspire much better than does an obscure 19th century slave owner.

Systemic racism was apparent in the debate, however:

The motion did not sail through unopposed. One councilmember stated that the council should “leave the historical record alone”. Several citizens defended the slaveholding vice president, with one calling “him a ‘marvelous man’ who cared deeply about adequate housing and ‘proper nutrition’ for his slaves”, and another presenting the argument that back in the original King’s time, “it was no different to own a slave than it is today to own a microwave”. A snarky Seattle Times piece said, “I’m sure we all feel much better now that the King County Council has changed the name of King County to King County,” and finished by asking, “when are we going to rename our state after Booker T. Washington, and dump that other slave-owning, historical-blemish, George Washington”. (Michael Schein, Renaming King County to Honor the Reverend Dr. Martin Luther King Jr.)

1987: Council ordinance 8227 specifies: “The official King County flag shall consist of the county logo of a gold crown and encircling double gold rings on a rectangular green background.”

1999: Larry Gossett, who replaced Sims as the only African American councilman in King County, begins pushing for the county logo to be changed from a crown to a likeness of MLK. Debate again ensues, with opponents pointing out that without action by the state legislature King County was still officially named after William, not Martin, King — local government actions notwithstanding. Furthermore:

Perhaps the most surprising element of the debate, however, was raised by a Seattle lawyer, Jason Kelly. Kelly noted that William King was probably homosexual, which would have made him in all likelihood the first gay American vice president. [King had had an intimate relationship with bachelor president James Buchanan, living together for 14 years.] If true, then as the county moved toward honoring an African American the concern was that it might be disrespecting the gay community. (Schein)

This objection that renaming the county would be an anti-gay slight was ultimately dismissed by the gay community, with Seattle gay activist Dan Savage declaring “I think ‘out’ gay people are embarrassed by bad gay people. Anybody in the 19th century who owned slaves when they should have known better is by definition a bad gay person”.

2007: Gossett’s proposed logo change is finally adopted. In 2005 the legislature after persistent pressure  (eight tries by state senator Adam Kline) passed a bill renaming the county. Despite the bill passing unanimously in the senate and by a 2/3 majority in the house, there was vociferous opposition. The Seattlish blog wrote in 2015:

The change — which would require new logos across County paperwork, on the uniforms of Sheriff’s deputies, and new emblems on official buildings, would cost around $500,000 which, naturally, plenty of people thought of as “a waste.“

Interestingly, it was the logo change in 2006 (and not the actual change of namesake in 1986) that seemed to rile most people. And while basically none of us are missing the $500k it cost to make the changes (nor have I ever heard someone pining for that fucking crown), at the time, plenty of people were very upset at what they saw as a political ploy by Sims (who did later go on to work for the Obama administration because duh, conspiracy).

“Dr. King should be spinning in his grave with embarrassment now that Ron Sims’ idiocy, corruption and contempt for the public will all transpire under the cover of King’s own image,” wrote Stefan Sharkansky for Sound Politics.

”It’s very insulting to the memory of the original Vice President King to have the county renamed, in his name, to that of MLK. Even if MLK was a more historically important figure, isn’t there some other way to honor him than by simply capitalizing on the fact that he shares the same last name as that of the county and a former VP?” wrote another commenter.

[…] Still, the logo change passed handily.  The only two who opposed were Republicans Jane Hague and Kathy Lambert […], who said their main concern was — are you ready for this? — that King’s estate could come after the county for royalties if the logo was ever used commercially.

Guess what? They didn’t.

There was also celebration, as Seattlish continues:

The logo, which was phased in over a five-year period (yeah, this whole story actually just ended in 2012, like almost 30 years after it all began) was revealed in 2007 in a much more celebratory manner than the actual change in namesake ever was. Community members gathered to see the new design and praise the decision by the Council.

In making the change, King County became the first government in the United States whose logo was the likeness of a civil rights activist. The County also took another step toward directly confronting a history of fucked-up treatment of people of color.

2009: The new county flag is unveiled. It’s interesting to note that the words “King County” were added to the flag despite not being mentioned in its definition, which reads: “The official King County flag shall consist of the county logo of a likeness of the Reverend Dr. Martin Luther King, Jr., on a rectangular green background.” (Ordinance 15378, enacted 2006). Ordinance 15700 (enacted 2007) defines the logo as having the text attached, however.

One of Gossett’s arguments was that since the state seal features Washington’s likeness, and Seattle’s features Chief Sealth’s, it was only fitting that the intermediate jurisdiction of King County should also feature a likeness of its namesake. In Part 3 of the Face Flags of Washington, we’ll look down one level, at Seattle’s seal and flag.