This Sunday is Flag Day in the United States, celebrating the official adoption of the national flag on 14 June 1777 as the Second Continental Congress decreed: “Resolved, That the flag of the thirteen United States be thirteen stripes, alternate red and white; that the union be thirteen stars, white in a blue field, representing a new constellation.”

In Washington, DC — taxation without representation, anyone? — Flag Day has become an opportunity not just to celebrate the national flag, but the DC flag as well.  For example, Josh Burch’s Neighbors United for DC Statehood since 2013 has held a photo contest for Washingtonians posing with the flag. 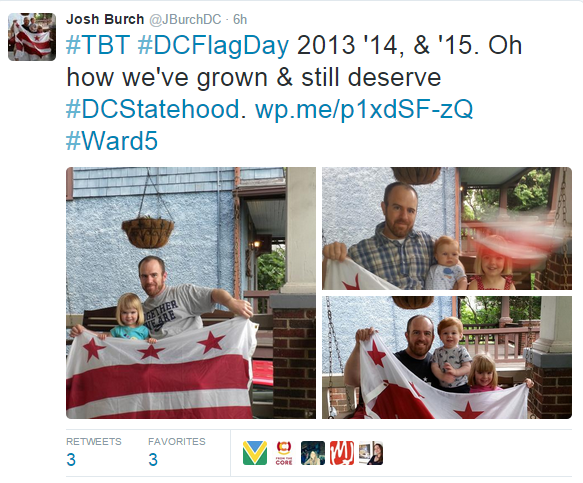 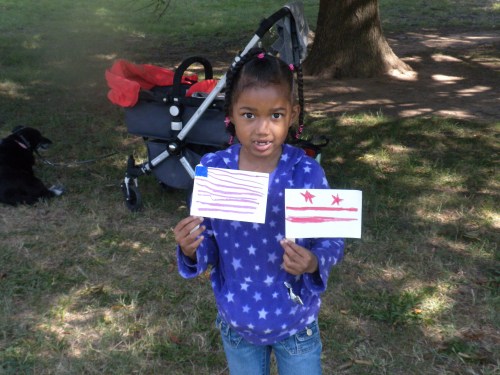 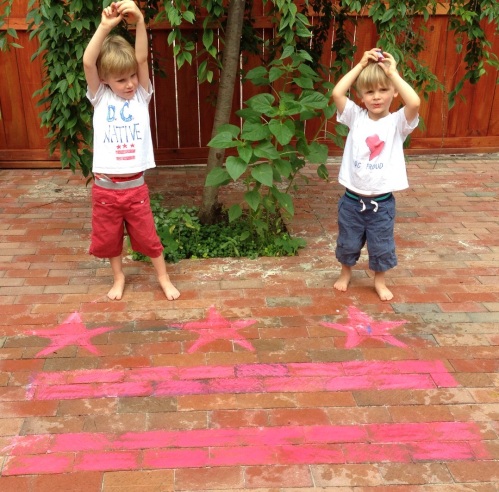 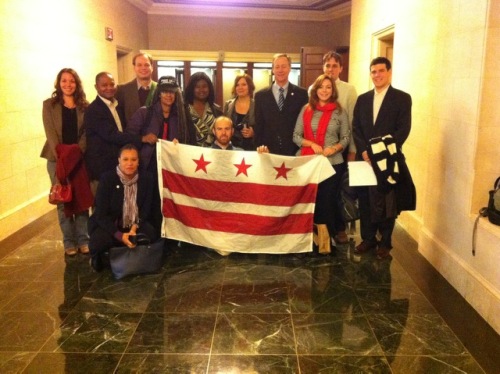 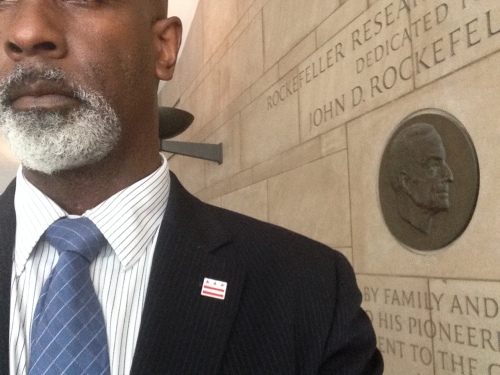 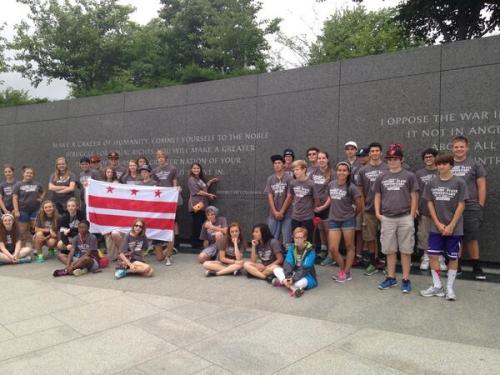 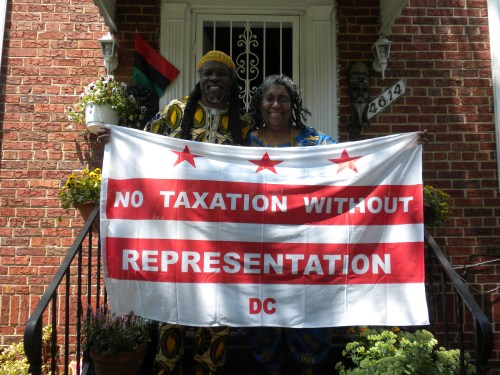 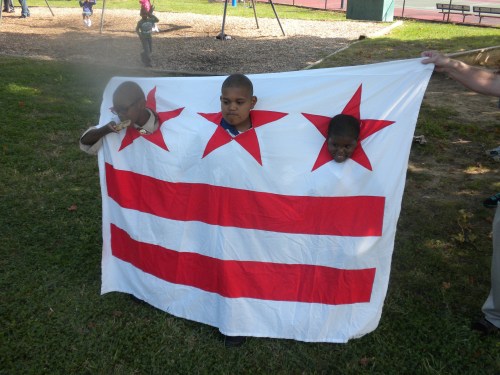 For more on DC Flag Day, check out this Washington Post blog posting from 2013.