Vexillology: The study of flags.  Coined by Whitney Smith in 1957, as a combination of the Latin word Vexillum and the Greek suffix -ology.

Vexillum (pl. vexilla):  In ancient Rome, a square military banner hung from a crossbeam carried on a staff.   It’s the diminutive of velum (“sail”), itself derived from Proto-Indo-European *weg- (“to weave a web”) or *weǵʰ- (“to ride”), thus “that which propels”.

Vexilloid: Another term coined by Whitney Smith, which he defined as “an object which functions as a flag but differs from it in some respect, usually appearance. Vexilloids are characteristic of traditional societies and often consist of a staff with an emblem, such as a carved animal, at the top.”  Smith derived the word from one of its primary examples, the vexillum.

(For more about flag-related terminology, check out “Let’s raise the flag to the word Vexillology” on Bill Casselman’s Words of the World blog.)

Here’s the oldest (and only) surviving vexillum: 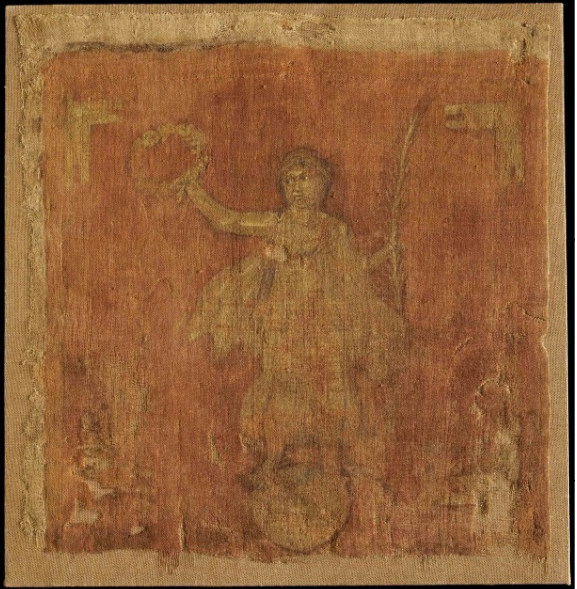 1 thought on “The Vexillum: The Original Vexilloid”