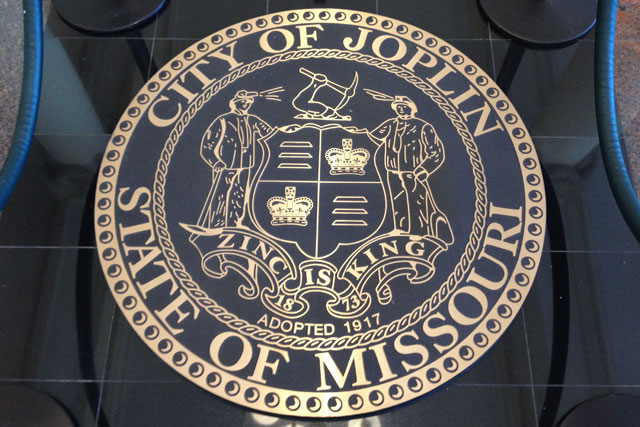 Joplin, Missouri has a flag, but you’ll be hard pressed to find an image of it. Online, the best available would appear to be this photograph from blogspot.com. 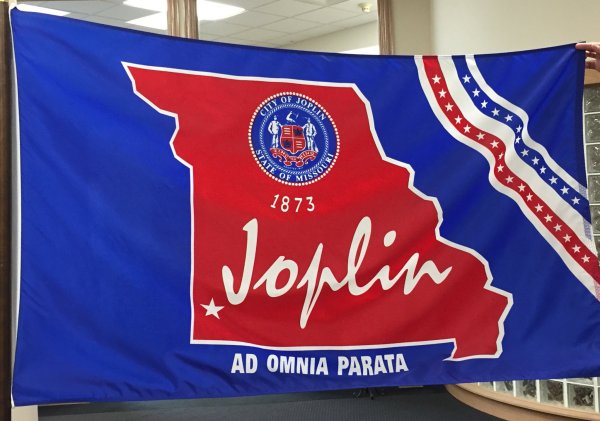 Joplin Code 1977, § 1-22 explains the various features of the flag, from 24 stars (for Missouri’s rank as the 24th state) within a wavy red, white, and blue stripe overlay in the upper fly, to the latin motto Ad Omnia Parata (Ready for All Things) at the bottom. If one motto isn’t enough, the flag also contains another motto Zinc Is King in the seal. (Zinc  — a.k.a. “Jack” — was, historically, king though its reign in Joplin’s economy is long over.) The code goes on to prohibit any use of the flag without “express authorization of the city” — pretty much making impossible widespread use by Jopliners.

A private group naming itself #joplinflag is seeking to change this. Starting today (if it goes as scheduled) and through 8 September they are accepting design proposals on their website at joplinflag.com/submit.  After finalists are announced on 15 September, and voting on them ends 15 October, the winning design will be announced on 20 October and designated “the people’s flag of Joplin”.