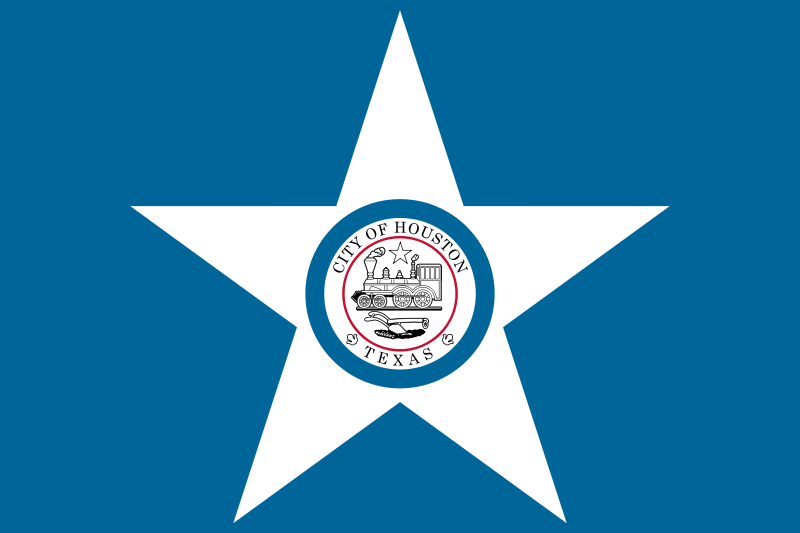 Houston’s flag is a subject of criticism.  For example, in covering how Texas cities fared in the NAVA ranking of 150 U.S. city flags  John Nova Lomax in Texas Monthly wrote:

And after [Dallas’ flag at number 21] there’s a huge drop-off to number 55: Houston, where the flag dates back to 1840, when the city was all of four years old. Just as we don’t allow pre-K kids to get inked up, we should not allow toddler cities to attempt to brand themselves for all eternity.

Although a locomotive is the dominant element here, this represented an invitation more than a reality: no train would churn into Houston until years later. And although trains did play an important role in the development of Houston and continue to be a vital part of the economy today, they are widely loathed for all the traffic snarls they cause.

Despite the criticism there isn’t apparently any serious effort to improve it. But there are several  humorous and artistic  redesign proposals.

In Houston Has a Flag — We Just Don’t Like It, the staff of Houstonia “asked four of our city’s artists to go nuts and build the banner of their dreams — the wilder, the better”: