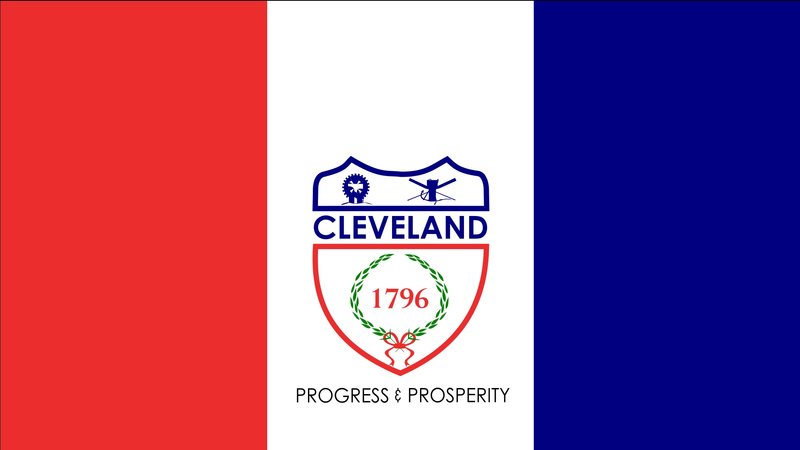 “Passionate Clevelander” Gregory Kula is petitioning Cleveland and Cuyahoga County to change Cleveland’s current flag, a red, white, and blue tribar with the city’s coat of arms on the white bar. He writes:

Hello everyone, If you have ever seen Cleveland’s city flag you are among the few. It has a design from the late 1890s that not longer fits the view and the direction of the city. At a time where the city is attempting to go through a resurgence, the flag does not represent anything the city stands for. This petition is to call for the removal of the old flag and the implementation of a brand new banner of hope, success, and resilience. The current flag breaks every single simple flag rule…. Please sign and share this petition so we can finally have a flag to fly high and proud. Without the entire city this will not be possible.

The current flag was adopted for Cleveland’s centennial in 1896, following a contest held by the Cleveland Plain Dealer.  The winning designer was an 18-year-old art student named Susie Hepburn, who was awarded 50 silver dollars  — worth $1341 in today’s dollars.  (John Purcell in American City Flags notes that Hepburn later married the Plain Dealer reporter who delivered the prize to her.)

Kula’s petition drive on change.org began on June 9th.  Will it prove influential?  Without a more concerted effort of the type mounted in other cities its prospects appear dim, but perhaps the change.org activity will grow into a larger and more visible campaign.